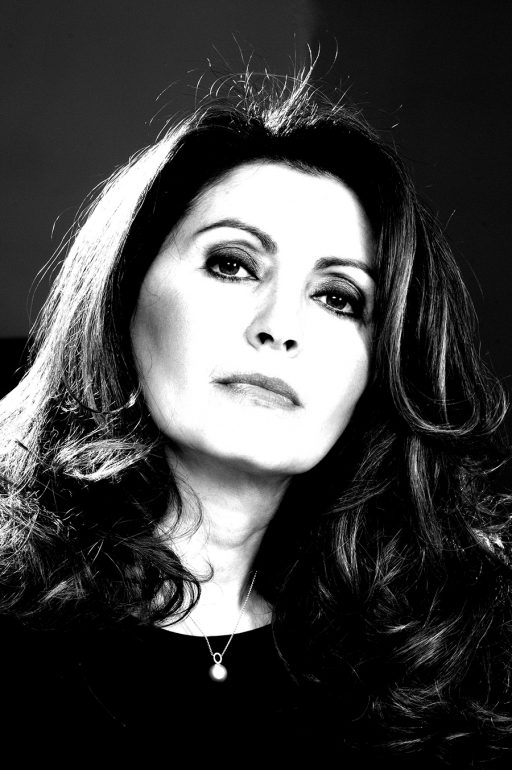 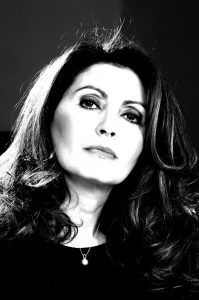 The lyric soprano Paola Sanguinetti was born in Parma. She studied at the Conservatory of Music “Arrigo Boito” in Parma, and subsequently took part in various master classes, among them the Accademia Lirica Internazionale held by Katia Ricciarelli. In 1994 she won the 15th National Competition “Mattia Battistini” in Rieti.

In 1997 she began to cooperate intensively with tenor Andrea Bocelli. She has performed many concerts with Andrea Bocelli in Italy and abroad, and took part in his European Tour 1997, in the American Tour 1998 (Santiago in Chile, Buenos Aires, Rio de Janeiro, Miami, New York, and Washington, D.C.) and in the Asia Tour 2004 (Beijing and Shanghai).

During the same year she recorded a concert in London with Bocelli for the BBC Radio 2 broadcast in the program “Friday Night is music Night” with the BBC Orchestra. She took part also to Bocelli’s Europa Tours 2003, 2004, and 2005, and performed with him many concerts in Italy, Mexico and Costa Rica, in the New Zeland and Australian Tour 2008; she was also guest for the concert event that ushered in the “Theatre of Silence” of Laiatico in 2007 and in the 2011 edition her exhibitions have always been enthusiastically acclaimed and very well received by the critics.

She took part in the 2003 Japan Tour of the Orchestra of Venice: on this occasion she performed in 18 concerts in the most important concert halls of Japan.

“She has an intensive concert activity playing in duo with the Italian harpist Davide Burani and with other great musicians and orchestras as “I Musici di Parma” “Gli Archi Italiani”, “I Solisti di Parma”. “Il Quartetto di Cremona”, “Roma Sinfonietta Orchestra” with the ones she sung in the most important theatres in Italy, Germany, Switzerland, Holland, Austria, Czech Republic and Spain”.